All the activities falling between the receipt of an order to the settlement of it is called a trade lifecycle.

What is Trade life cycle

Before I jump into the pool explaining the trade life cycle, which practically takes us thirty hours to each in our certificate in Investment Banking operations.

Hence I want to spend some time first discussing the context of this topic.

So when I say trade life cycle, how is this different from the usual trade you make from a simple trading account?

Simply put, not much, with the exception that I am talking about millions here! Which requires some careful planning and process.

For example; I want to buy $1 million dollars worth of alphabet stock, only to realise that the stock scrip code I entered was wrong.

Which might have cost me some thousands of dollars in a matter of seconds. So basically big money requires big processes and that’s how this topic became popular in the IB world.

So now I will jump to the explanation part.

Now in contrast to what you might imagine, trading at the institutional level is a little more complicated than me sitting in front of my personal trading system.

Also, your broker might give you the holding positions including the profit and loss in each of the quantities purchased.

Institutional trading is very similar in the outcome but varies a lot in the detailing of these processes.

So, this is how it goes! There would be the front office trader or investment manager who would call the executor trader, typically a STO(Security Trading Organisation).

Then the trader at the STO would call multiple investment banks like Goldman Sachs, JP Morgan, Barclays etc to find the counterparty.

Once the trader finds the counterparty, is when the trade goes through the entire detailed process of trade life cycle. Which we will cover in the coming sections.

So, what is trade capture? It’s exactly what is shown even on a retail trading terminal with a little more extra details.

So, what are those extra details? Remember in the previous section we discussed that the trader would be calling various investment banks?

Hence, in the case of an institutional scenario, we also add counterparty details.

Now, right after the trade capture in this case a trade confirmation would be sent to the client.

In the olden days, a trade confirmation would look something like this. Nowadays it’s more computerised and no physical papers like these are sent.

The trade confirmation also affirms the trade agreement, which means that the counterparty and you agree to carry out the transaction.

Again, remember that this happens over an email. Which course is unlike the physical agreement with green papers but an email with the trade confirmation details.

Now, it’s your job to check the details against the intention. So if there was a mismatch and you don’t reply within a reasonable time then it’s assumed that you agree.

Now, it ain’t over until it’s over!

You got to send the cash, and at the same time recieve the securities, which is nothing but settlement. However, settlement need not always be like this!

However, the above scenarios are exceptional cases.

Now, think about this.

If you agreed to buy something and pay for it, you would want to get it done asap right?

In the earlier days, settlement followed a specific day logic.

So, this meant that if I put the trade today, no matter if it’s Monday or Friday, it would settle on let’s say next Monday.

However, this method had issues, because the longer we wait between the trade date and the settlement date higher the risk.

Well, simply put! What if I change my mind? or what if the security starts moving away from the direction from what I bought the security for.

Considering this limitation of the account settlement method, the industry moved to rolling settlement.

Today the world is moving into T+1, even india.

So all is good, we captured executed and settled. But what next?

A sports shop which buys sports goods from wholesalers pays the cash and receives the goods at its warehouse. Then it checks if it got what it wanted and then updates its inventory to show that the goods now are available. At the same time, it updates the bank account with the cash deduced for it.

Now, imagine if they did recieve the goods but didn’t update their internal systems!

The retailer sales system wouldn’t show the new inventory, so it won’t be able to sell.

At the same time, the purchasing department would be under the wrong impression, that it has more cash than it actually has.

If you did understand the analogy, then just replace the sports company with a securities trading organisation.

So here is some self-reading content on the trade life cycle if you do wish to read in this detail.

Hope you benefit from that reading material and do send us your thoughts.

Trading operations is a big, big part of an investment bank with big career opportunities, especially in India. Primarily because of the labour arbitrage scenario.

There are big names in India, which pay big money for trading ops like Morgan Stanley, JP Morgan Chase, and Goldman Sachs. Si if you do wish to know more about that then do visit us on:https://mentormecareers.com/cibopcourse/

Article Name
Trade Life Cycle
Description
All the activities falling between the receipt of an order to the settlement of it is called a trade lifecycle.
Author
Mentor Me Careers
Publisher Name
MENTOR ME CAREERS
Publisher Logo 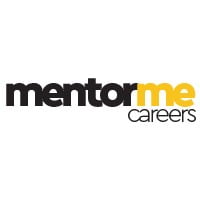